“A Revolutionary Way to Compliance and Risk Management”, Seminar to Track the Development Frontier of RegTech
+ 查看更多 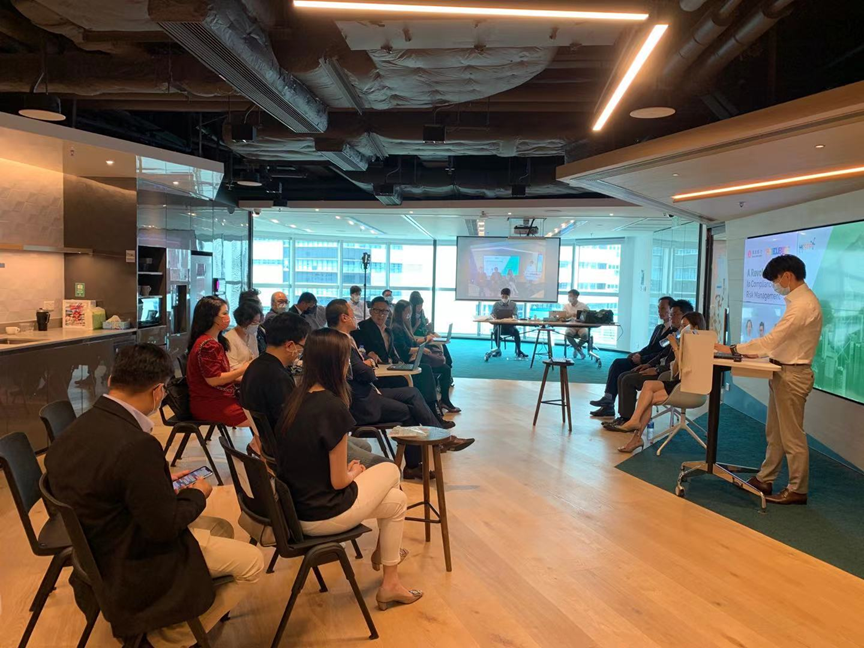 With the continuous advancement of financial innovation and the development and popularization of digitalization, the importance of compliance and risk management in the banking industry has become increasingly prominent. The effective usage and the timely upgrade of Regulatory Technology (“RegTech”) has become the pinpoint of getting trust from both the customers and regulators which also enhances efficiency and reduces cost in compliance. Meanwhile, risk management and significant progress has been made over the past years. In late 2020, HKMA has also developed a two-year roadmap to promote RegTech adoption in Hong Kong.

Co-organized by FinTecubator and Hong Kong Science & Technology Parks, the seminar “A Revolutionary Way to Compliance and Risk Management” was conducted on 1st June, 2021, inviting seasoned professionals from Deloitte, HK Science Park and IBM to share their views and experience to HASE staff about the development of RegTech. The seminar got lots of attention, attracting more than 300 HASE staff watched online. 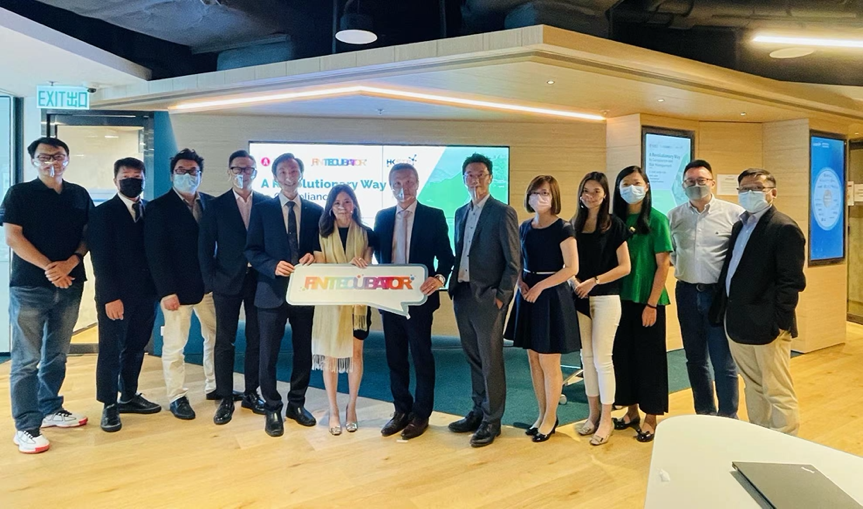 Paul Sin, Partner of Deloitte, the first guest speaker who gave a speech in the seminar, took “From Forward-Looking Supervisory to AI-Enabled Solutions” as the topic. He pointed out that  currently in the banking industry,  more financial institutions invested in reporting tools, KYC/AML and BASEL risk analytics in general,  but not yet in big data processing and predictive analytics. In order to stick out the superiority of AI directly, Paul showed different types of data models and technologies, such as Natural Language Processing (NLP) Illustration, Voice Analytics Illustration, Data Visualization, etc. Besides, from  policy aspect, he also mentioned that regulators are issuing on average a dozen circulars in a year, it is essential to monitor all changes, and ideally convert them into structured data, highlighting the importance of using big data in the future for banks to predict crisis in advance and for risk management.

The second guest speaker was from Hong Kong Science Technology Park，Bernard Ng, introducing the representatives of 2 RegTech companies, FANOlabs and InnoBlock, which made breakthrough in the field of RegTech as startups. FANOlabs committed to the development of voice recognition technology to resolve disputes caused by detailed loopholes in the sales process, while also reducing the cost of human compliance check. InnoBlock has developed a technology called SafeGuardChain, which aims to provide an effective and timely protection of personal privacy. Through their introduction, the audience  gained better understanding about the latest innovations as well as future trends in the RegTech. 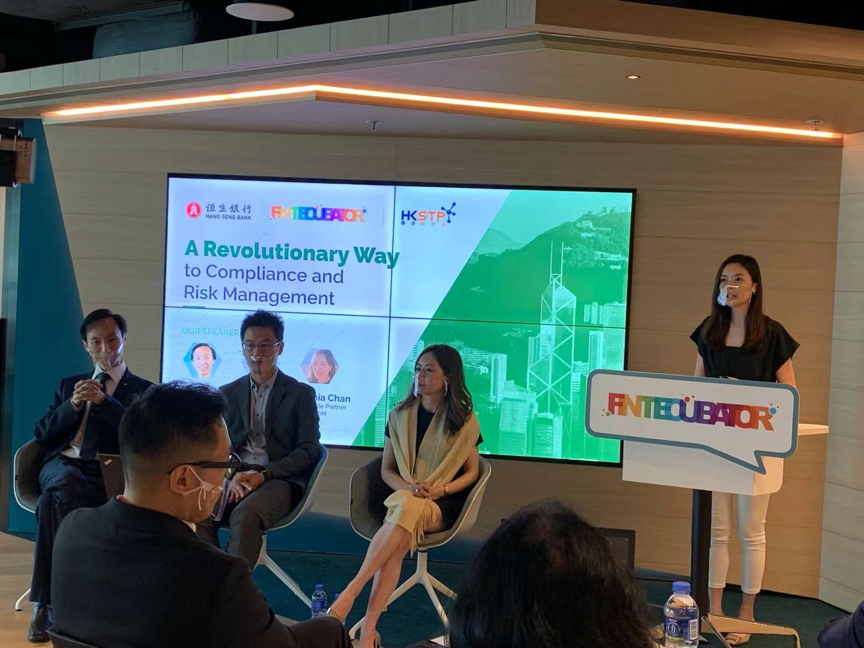 The last speaker, Reginia Chan, as the Associate Partner and Global Business Services from IBM, gave a speech around “Common Challenges, Market Trend and Solution Approaches by IBM”. She not only shared the market status, the pain points and some common challenges banks have faced, but also how IBM met the challenges by using up-to-date technologies. She shared 8 design principals of “intelligent + RegTech” which focus on operational efficiency improvement of bank. Overall, in order to be risk-averse and to optimize services and infrastructure, she strongly agreed that RegTech has become an important trend for the market in future.

The final session left to the open Q&A for online staff and on-site guest. During the conversation, guests emphasized that “RegTech has no the best but better”, suggested that RegTech needs continuous advancement and developments that could help set up a healthy innovative vibe in banking industry. Fintecubator will definitely keep on accelerating RegTech adoption for business growth and foster technology innovation that will eventually expand the FinTech ecosystem.
Share to：
PreviousHang Seng Won the Award of Innovation Movers by HKSTP
NextThe spirit of pitching
NextThe spirit of pitching
Copyright © 2019-2022 Fintecubator All rights reserved
FinTecubator@hangseng.com